In this 2. Bundesliga fixture, Hannover takes on the challenge of Jahn Regensburg in Round 28. Die Roten will look to turn around their fortunes after losing their last four fixtures.

Hannover have been outscored by their rivals in their last five outings, conceding eight times whilst hitting the back of the net on seven occasions. This is a better tally than Regensburg, who has scored only twice while picking the ball from their net four times. Given the penchant for both sides to allow goals and the last duel finishing 3-1 in favour of the visitors, we expect goals at both ends in this meeting.

Five points and three places separate Jahn Regensburg from Hannover. That distance looks unlikely to be shortened given the hosts' current penchant for conceding. Four of their last five fixtures saw this utilized by their rivals as they finished with Over 2.5 total goals. With the Jahn Eleven seeing 17 of their 27 fixtures conclude in the same manner this season, expect a high scoring finish for this duel.

It is difficult to envision a win for Hannover in their current form. The Reds have lost their last four 2. Bundesliga outings and that too by a considerable margin. Regensburg earned the bragging rights over their rivals in the reverse fixture with a 3-1 win. They will have fond memories and confidence going into this meeting to complete the double and add to their rivals' woes.

As their losing run continues, so does the likelihood of a tumultuous summer. Hannover are within three points of relegation playoff slots and if they do not address their woes, will likely succumb to it. Die Roten's ailments stem from their inability to keep rivals at bay and failure to address this will complicate matters for them.

Mersad Selimbegović has a lot of answers to give despite Jahn Regensburg's improved standing on the points table. The Jahn Eleven were looking for a comfortable top half position but have seen their fortunes dwindle thanks to their inconsistencies. As it stands midtable standing seems the most opportune conclusion for their season.

Top Betting Odds and Stats for Hannover vs Jahn Regensburg

FAQs regarding Hannover vs Jahn Regensburg Coverage and Accessibility 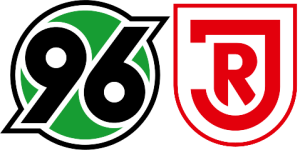 Who is the bookmakers' favourite to win? Hannover 96.

Who won the last Head to Head fixture? Jahn Regensburg won with a 3-1 scoreline.