Hartlepool and Colchester will play one final pointless fixture that will decide which team will end this season at a higher place.

Hartlepool and Colchester do not have anything to fight for so our expectations here are for a lot of goals.

Neither of these teams is one of those with loads of goals per game on average but since this game has absolutely no meaning, we expect open play and a lot of attacking football. In each case, both sides have been having games with goals on both ends lately. The first match between them this season ended in a 1:2 win for Hartlepool.

Hartlepool have been way above Colchester throughout most of the season but we think that the visitors have the better form out of these two teams and we think that they might even beat them. Hartlepool are the favorite to win this match but they failed in nine consecutive games while Colchester have been surprisingly good on the road and also did not lose in three games in a row before this one.

When it comes to corners, Colchester are the team with the lowest averages but at the same time, they take quite a lot on the road. For example, they had 2.80 per game on average in their last five but 4.40 in their last five away games alone. On the other side, Hartlepool take an average of 5.20 corners per game. With the type of game that we expect, we think that there will be a lot of corners to accompany the 90 minutes of attacking football.

There is a lot of potential in this squad and it is unfortunate to see them fail this much at the end of this season. They had all the necessary abilities to become a promotion contender this season and for some time, they were doing good. Now, in the final 2-3 months, they have been one of the weakest teams in the league and it is a major disappointment for them and for fans overall.

Colchester were fighting for their life throughout most of the season and only managed to save themselves from relegation a few rounds ago. The team actually got 5 wins in its last 10 rounds, which is their best performance in the entire season and put them way above the relegation zone. This is another side that has potential and we have high expectations for the upcoming campaign, as long as they improve that defensive end.

Top Betting Odds and Stats for Hartlepool vs Colchester

FAQs regarding Hartlepool vs Colchester 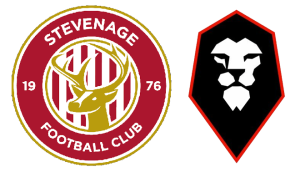 In which places are Hartlepool and Colchester?

Surprisingly, these two teams are almost next to each other in the table and this game will decide which side will finish higher than the other. Hartlepool are 16th with 54 points while Colchester are 19th with 52 points.

This fixture has been scheduled for Hartlepool's home ground – Victoria Park.