Two of the most improved teams in the 2. Bundesliga face each other in the 21st round – Heidenheim vs Hannover. Nevertheless, there is a slight difference between these teams and their ambitions for the season are not the same.

Heidenheim are the most improved team in the league – they saw an outstanding transition from one of the weakest teams at the start of the campaign to one of the teams that can get promoted to the elite. Will they manage against Hannover, who have been quite impressive as well since the start of the new year?

This might seem like a difficult bet when you look at Hannover's recent performances but we expect that Heidenheim will be at their best for this game. They have a very strong defense and are among the teams that conceded the least goals in home games – just 9 in 10 rounds. Hannover, on the other hand, scored only 9 goals in their 10 games on the road this season and quite a few of those happened against the other weakest teams in the league. There is also the option of a 0:0 FT result as Hannover had a few of those this season.

Heidenheim are the third-strongest team at home this season. They lost just 1 game and won 6 out of 10 to date. On the other side, Hannover have not been as impressive on the road – just 3 wins in 10 games. It is true that they won their two recent outings but those were against weak opponents and Heidenheim are quite the opposite. A win here could send the hosts to 3rd place in the league, so we expect them to be extra motivated and get a good result against one of the weaker sides.

We expect a lot of attacking play in this fixture and a lot of missed chances at the same time. These are factors that will play an important part for corners and we have two teams that take loads per game. We have Heidenheim, who have taken an average of 6.50 corners per match this season and Hannover with their 5.40 corners per game. At the same time, Heidenheim have an even more impressive stat in their home games – 7.60 corners on average. The line of over 9 here shouldn't be a problem with these two teams.

Top Betting Odds and Stats for Heidenheim vs Hannover 96

FAQs regarding Heidenheim vs Hannover 96 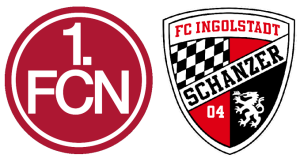 • In which places are Heidenheim and Hannover?

Even with their recent good results, Hannover remain far below the middle of the table – 13th with 24 points. On the other side, Heidenheim are getting closer and closer to the leaders in the standings. They are 6th with 34 points which is just 1 point from Werder Bremen at 3rd.