Friday's 2. Bundesliga program ends with a curious fixture – Heidenheim vs Schalke. Schalke are already looking towards a return to the Bundesliga but the race for the promotion this season promises to be fierce with many contenders. Friday's visitors need every point to retain those chances.

Heidenheim and Schalke have never played against each other mostly because Schalke have always been in the Bundesliga before the surprising crisis last year.

Heidenheim is going through a mid-season crisis of some sort and the team is coming to this game with a 3-game losing streak. Yes, those matches were against some of the promotion contenders in the league but Schalke is yet another one of the strongest teams and this fixture will not be any easier. Schalke, on the other hand, are one of the strongest away teams and have lost just 3 points from the beginning of the season. We expect them to get something out of this match but since the FT market is risky, we pick the Draw No Bet which will return our money in the case of a Draw.

While Schalke is not among the highest-scoring teams in the league, Heidenheim is in terrible form and we expect them to concede at least twice on Friday. For better or worse, Schalke got thrown out of the Cup tournament earlier this week which means that the team will focus all its efforts on promoting itself to the Bundesliga. We expect them to go strong in the match and score even before half time.

We have surprisingly high odds for the under 1.5 market for Heidenheim. The team has not been bad at home and scored quite a few goals to even stronger opponents. Yet again, Schalke's defense is incredible and the team has conceded a goal in just 1 out of its 6 away matches this season. Even if Heidenheim manage to score, we expect that to be just a single goal and not more.

Top Betting Odds and Stats for Heidenheim vs Schalke

FAQs regarding Heidenheim vs Schalke 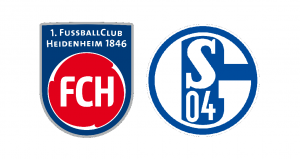 • How many goals have Heidenheim scored at home this season?

Heidenheim is one of the better home teams in the league although half of their games ended at a draw. Their goal difference at home in 6 rounds is 7:7.

• How many goals have Schalke scored and conceded away from home since the start of the season?

Schalke have won 4/5 matches away from home this season and has conceded just 4 goals in those 5 matches. However, all of those goals were allowed in a single match against Regensburg. Their away goal difference is 8:4.

• In which places are Heidenheim and Schalke at the moment?

Schalke is just 3 points below the current leaders of the standings. The team is sitting at 3rd place while Heidenheim are right in the middle of the standings at 11th place.