Having consecutive disappointments, Heidenheim has another difficult task ahead when they host table leaders Werder Bremen in their next league engagement. The visitors are yet to lose a game from the last 12 games of various competitions.

Although Heidenheim has not won any of the last four games, the hosts have been through a long streak of home victories, having six wins and one draw in the last eight attempts. But Werder Bremen are still better than their upcoming rivals. The River Islanders have secured three away wins in a row ahead of this game, five in the last six. Adding more, Werder are also unbeaten in the last four H2Hs against Heidenheim. So we think that the Green-Whites will continue their momentum by securing the points.

Besides the last attempt, Heidenheim has produced some of the consecutive high-scoring totals in their recent home games, scoring more in all of them. While the visitors scored at least two goals per game in four of the last five outings. Four of the last five H2Hs between these teams also witnessed a total of over 2.5 goals. So given all stats, we can expect the same outcome once again in this meeting.

The River Islanders enter the field after having a long uniformity of scoring in all of the recent games. The visitors also scored in four of the last five duels against Heidenheim. On the other hand, the hosts’ front line has also managed the consistency of scoring in all of the previous home attempts. Heidenheim also scored in both of their hosting games against Werder Bremen. So the chances are more to observe a BTTS outcome in this game.

Heidenheim failed to defend the lead of 0-2 and lost their last game after leaking three goals in the last 25 minutes of the game. The hosts haven’t been consistent in their recent games but the long run of home victory helped the team to stay at the seventh position on the points table. Gianni Molo and two other players will miss the game after having fitness concerns.

The Green-Whites managed to retain their first position with the help of the last victory against Dynamo Dresden. Werder Bremen have won four of the last five outings drawing the remaining one and are winning from the last five away league outings. The goalkeeper Luca Plogmann is out of the selection due to fitness issues.

Top Betting Odds and Stats for Heidenheim vs Werder Bremen

FAQs regarding Heidenheim vs Werder Bremen Coverage and Accessibility 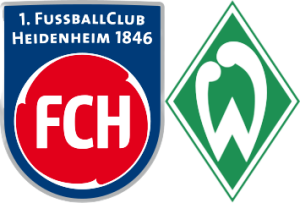 Where is the game being televised? Arena 4 and BeIN Sport Connect.

Who are the bookmakers' favourite to win? Werder Bremen.