Both Teams To Score - Yes

Hibernians will face Levadia in Estonia in the second leg of their Europa Conference League qualifications on Thursday.

Both teams failed in their Champions League qualifications earlier and will now have a new chance for the Europa Conference League. Here are our predictions for this fixture.

After the exciting first leg which Hibernians won 3-2, we expect to see another interesting duel between the champions of Estonia and Malta in the second leg hosted by Levadia.

That being said, we can see the home team ultimately coming on top in this match, but it could be a very close result and we could even see overtime if Levadia wins by just one goal.

Since we saw five goals in the first leg between Levadia and Hibernians, we can hardly expect a low-scoring affair in the second leg. So, our next prediction for this game is over 2.5 total goals.

After all, Levadia has gone over 2.5 total goals in four of their last five matches in all competitions, while the same is true for four of the last five Hibernians games across the board.

Not only did both teams score in the first leg between FCI Levadia and Hibernians, but both teams have scored at least twice in that game. So, we can see them both scoring in this match as well.

Levadia are the current champions of the Premier League in Estonia and as it seems, they will be the champions for a second year in a row with how the current season is going. Their goal difference last year was 75:33 after 27 rounds and in the current campaign, it is even more shocking – 48:9. The team has an incredible defense and an even better attack, so we expect to see the best of them in this match. As a comparison, they are valued at 4.09 million euros.

The championship in Malta might not be among the strong ones but it is quite competitive and Hibernians are the current champions after a difficult season. The team has a good defense but also an incredible attack for this level – 46 goals in 27 games in Malta the past season. Right now, the team is valued at 4.69 million euros.

Top Betting Odds and Stats for FCI Levadia vs Hibernians

FAQs regarding FCI Levadia vs Hibernians 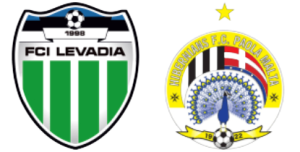 When will the match start? The match will start at 6 pm BST on Thursday, July 28th.