Hibernians will face Rigas FS in another fixture from the Europa Conference League qualifications on Thursday.

We have two teams that definitely are not on the level of the tournament based on their background. Here are our predictions for this match.

We have two clubs from some of the smallest leagues in Europe and the level of football should generally be equal between them. We saw it in the first match, which ended in a 1:1 draw. We expect the same as a minimum for the second fixture as both teams have equal chances to continue forward in the championship. Hibernians played three games in the ECL already and all three ended with both teams scoring.

We think that the most likely result for this fixture is the draw but we aren't too certain and this is why we pick the double chance for Hibernians. The team already beat a stronger team than RFS in the previous round of the tournament and they had a win with 3:2 at home. We believe that while RFS are the small favorite here based on odds, Hibernians have a better chance to continue forward.

The first game of this qualification had just 7 corners at full time and Hibernians had just one. While we expect a bit more from them in this second match, we expect less from Rigas as they will definitely not be as dominant in the second match as we saw in the opening game. We believe that there shouldn't be more than 9 corners at full time here.

Hibernians are the current strongest team in Malta as they won the previous campaign there with a single defeat in 22 games. Their goal difference was 39:18. They suffered a defeat to Shamrock Rovers in the Champions League qualifiers and this is their final chance to get in the group stage of a European tournament this season.

On this side, Rigas are the current strongest team in Latvia after they won the championship with 2 defeats in 28 games with a goal difference of 65:22. The team was impressive on the domestic stage but we do not see them as a team that should even be in the ECL group stage.

Top Betting Odds and Stats for Hibernians vs Rigas FS

FAQs regarding Hibernians vs Rigas FS 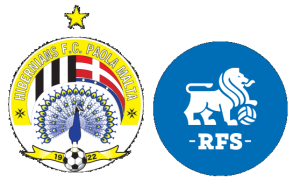 This fixture has been scheduled for Hibernians' home ground – the Centenary Stadium.