Following the unbeaten streak of four league outings, Holstein Keil goes up against Nurnberg in the next 2. Bundesliga fixture. The Old Master struggles for a win from the last three attempts.

Though Holstein Kiel got an undefeated string, the hosts have managed only two victories in the last five games. But Nurnberg are even worse as they have only one win in that course, together with two defeats and two draws. Nevertheless, we have seen some exciting clashes between these teams where three of the five ended in a draw and one victory for each of them. following the recent performance, we base our prediction for another draw.

Three of the last four H2Hs between these teams ended under the 2.5 goals and the current stats point out the same for this game. Holstein Kiel are scoring one goal per game from the previous three home attempts. Nurnberg also didn’t score more than one goal in the last four away outings.

Regardless of not having a big total of goals in the recent games, both teams managed to find momentum by scoring consistently in most of the recent games. Holstein missed the target in only one of the recent games but should have easy chances as Nurnberg are leaking goals from the last four away outings consecutively. Four of the previous five H2Hs also witnessed BTTS outcomes and we don’t see a different pattern in this game.

Top Betting Odds and Stats for Holstein Kiel vs Nurnberg

FAQs regarding Holstein Kiel vs Nurnberg Coverage and Accessibility 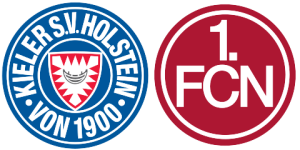 Where is the game being televised? Sky Bundesliga, Viaplay.

Who won the last Head to Head fixture? Nurnberg won with a 2-1 scoreline.