Honka continued their impressive form in the Veikkausliiga with a narrow 1-0 win over VPS. Mariehamn were able to pick up their first victory in more than a month, as they beat HJK 2-1 at home. This was possible due to a comeback from the hosts, who scored in either half through Owoeri and De.

Honka were able to get a 1-0 win over VPS to make it three consecutive wins. Since dropping points against Ilves, Honka have been in good form and they might be able to jump ahead of HJK by the end of this weekend. The same cannot be said about Mariehamn, who are struggling near the bottom of the table. Out of the recent five matches between the two clubs, three of the games have been a stalemate. This time around, Honka are in a good position to get three points.

The spirit shown by Mariehamn in the recent win over HJK was quite extraordinary. They are likely to show the same once again in this match by being quite defensive in their approach. Mariehamn have not scored too many away goals against Honka in the past. The hosts are also not in a great scoring form but they have been able to get a decent number of goals as well.

There have been more than 2.5 goals in the last three league matches for Mariehamn, but Honka have been very defensively solid with only one goal conceded in the last four league outings. They are likely to continue their good defensive record against Mariehamn.

Honka have been able to move closer to HJK after the latest set of results. The team has been able to take advantage of HJK dropping points in the recent loss to Mariehamn. Honka should be able to put a strong fight for the top spot provided that they win the two games in hand over HJK.

Mariehamn have been able to reverse a long-standing losing streak with the recent win over HJK, however, they are unlikely to repeat the feat in an away match. Mariehamn have ended up losing four consecutive matches on the road and it does not look good for the team in this game.

Important Odds and Stats for Betting on Honka vs Mariehamn

FAQs on Honka vs Mariehamn game 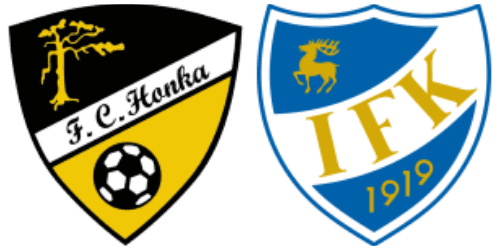 Tapiolan Urheilupuisto is the location for this Veikkausliiga match.

Honka are the favourite to win the match.