HJK Helsinki continue their search for pole position in the Veikkausliiga with a trip to the Ratina Stadion. It will not be an easy task as Ilves will be confident in their abilities after forcing a draw against SJK last weekend.

A six-goal thriller saw SJK and Ilves share points. Ilves now turn their attention towards another stiff task in the shape of HJK Helsinki. The capital club are at the top of the points table with the form on their side. The last eight meetings between these sides have concluded in favour of HJK and we do not expect this trend to finish in this meeting.

Neither Ilves nor HJK shy away from going on the offence. The hosts have scored 21 goals this season while the reigning champions have 22 strikes to their name. The last seven duels between these sides have concluded with Over 2.5 Goals, and we believe a similar outcome is expected based on their respective form.

Goals at both ends of the pitch have been witnessed in the last three duels between these sides. It is Ilves who has the poor defence out of the two but HJK's backline is also shaking. The last four fixtures involving the Helsinki giants has seen both sides score and it is a likely outcome for this meeting.

After destroying HIFK on the road, FC Ilves has struggled to live up to their billing. They were hounded in their backyard by AC Oulu and could not get over the line against SJK. They can ill-afford to drop their points as Inter Turku can leapfrog them to take sixth place. However, their task has been made difficult as they are winless against the Klubi in eight attempts.

Toni Koskela led HJK Helsinki to the summit of Veikkausliiga last season. They are in the fight for the title again as they trail KuPS by three points and have played a game more. It has been a tough couple of weeks as they have dropped 10 of the last 15 points available. Dropping points against Ilves can prove to be fatal but they will be confident after earning eight successive wins against the Ipa.

Top Betting Odds and Stats for Ilves vs HJK

FAQs regarding Ilves vs HJK Coverage and Accessibility 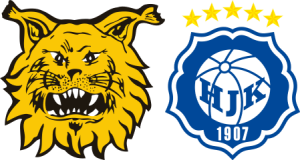 Where is the game being played? Ratina Stadion (Tampere).