This preview looks into the Italian Serie A match between Inter Milan and Sassuolo, which was postponed a few weeks ago.

The match focuses on the battle for the Italian Serie A title with Inter looking to extend their lead in the match against Sassuolo. This game was postponed following a COVID outbreak. The top predictions for this game are:

Sassuolo have been defensively poor even if they have displayed a lot of grit to come back from losing positions in recent weeks. The 13 goals conceded by Sassuolo in the last six matches put them only behind bottom outfit Crotone in the defensive records. Inter, meanwhile, are one of the highest scoring teams during the same period.

Inter Milan have had a strong start to home matches that they have sustained till the end. As a result, the last six matches at the San Siro have seen Inter win at half-time and full-time in four games. Sassuolo will struggle to live up against such strength going forward. Inter are expected to get a first half victory.

Romelu Lukaku continued his fine form with the only goal of the game against Bologna during the weekend. This helped him take his league tally to 20 goals for the season. Even though the Belgian international has scored the opening goal on nine occasions, there is a reasonable value in backing Lukaku to score anytime in the game.

Inter are aiming to take their lead over AC Milan to a very strong 11 points with a victory over Sassuolo. This would see Inter using the game advantage over their city rivals. The nine-game winning streak put up by Antonio Conte’s men does not seem to be slowing anytime. Inter have been able to find a way past many challenges. Even without players like Ivan Perisic, Inter continue to be strong. Marcelo Brozovic and Alessandro Bastoni are suspended for the game.

Sassuolo came back from a losing position against Roma twice during the weekend. The attitude shown by the team has been quite extraordinary in recent weeks. However, there is also a strong need for better defensive performances by the team. The alarming defensive lapses by Sassuolo have been a major factor behind the team only registering an average of a point match in the last six games.

Top Betting Numbers and Stats for Inter Milan vs Sassuolo 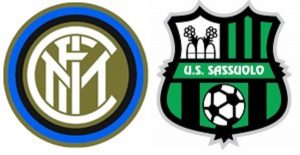 The game will take place at the San Siro, which is the home of Inter.

Inter Milan, who lead the table, are the favourites for the match at odds of 3/10.