Inter Turku fell to a disappointing 2-1 defeat at Ilves last time out, though they will be determined to get their Veikkausliiga title challenge back on track at home to Lahti on Wednesday. Read our predictions and find the latest odds for the game below in our detailed match preview.

Inter Turku have won 100% of their Veikkausliiga fixtures at the Veritas Stadion this term, though the title hopefuls will have to work hard to maintain their perfect start there when Lahti visit. Here are our top three predictions for Inter Turku vs Lahti:

Inter Turku fell to defeat on the road for the second time in a row when they were beaten 2-1 by Ilves last week, though their form on their own patch has been much more convincing this term. Inter have a perfect winning record at the Veritas Stadion with five victories from five Veikkausliiga assignments there so far, and they are playing with enough confidence to secure another three points at the same venue when Lahti visit.

Inter will have to be at their best to beat a Lahti outfit in the middle of a five-match unbeaten run however, and the host’s return of just two clean sheets in their last nine games suggests a consolation could be on offer for the visitors. Two of the last three meetings between these teams produced goals at both ends and the same market looks potentially profitable at generous odds again this week.

Inter Turku are the Veikkausliiga’s second-most prolific team behind leaders HIFK and their impressive 18-goal tally has been achieved thanks to the incisive attacking football they’ve played at home. The Sinimustat have notched at least twice in 100% of their last four tests on home soil and with Benjamin Kallman and Timo Furuholm combining well in attack, their firepower is worth backing again on Wednesday.

Inter Turku have come on leaps and bounds since Spaniard Jose Riveiro took the reins back in 2018 and following back-to-back second-place finishes in 2019 and 2020, The Sinimustat look ready to push champions HJK even harder this term. Inter actually lost at Lahti when the teams last met in March, though they have turned the same opponents over three times in a row at the Veritas Stadion, scoring an impressive ten goals in the process.

Lahti’s 0-0 draw with HIFK in their last outing saw them drop to fifth place in the Veikkausliiga, though they did manage to push their unbeaten run to give games following that stalemate. Manager Ilir Zeneli has watched his team win just once on their travels so far this season however, and the Black Drones seem to have carried last year’s frustrating away day woes into the fresh campaign in Finland.

Top Betting Odds and Stats for Inter Turku vs Lahti 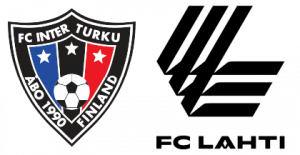 Wednesday’s game will be played at the Veritas Stadion in Turku.