Ipswich and Colchester United are going to battle out for a place in the next round of the EFL Trophy when they go up against each other in the final group match. This preview focuses on the Southern Group A game.

Ipswich Town are looking at making it six games without a defeat at Portman Road. Colchester might have picked up away wins over the likes of Barrow and Sudbury, but the threat from Ipswich is on a different scale. The Tractor Boys are also keen on making use of home advantage and finishing higher than Colchester in the group. This game would ultimately be decided by home advantage.

Ipswich might have been really good run of form over the last few weeks, but the team has continued with the bad habit of conceding a lot of goals. In the last nine home games for Ipswich, there have been less than 2.5 goals in only six games. Colchester came up with a big away win a few days ago in the FA Cup and they should be confident of scoring.

Colchester are aiming to come up with a surprise set of results that would give them an edge over Ipswich in the goal difference department. Ipswich are not known for clean sheets even during a good run of results.

Ipswich will be keen to take revenge on Colchester for the 1-0 defeat suffered in the EFL Trophy action two years ago. The League One outfit are in a great position to reach the next round. Ipswich are at home in back-to-back games across two different competitions.

Colchester have built up some control and confidence over the league position. The team has picked up back-to-back wins in two different competitions. Going up against a League One outfit in order to reach the next round of the EFL Trophy will be the biggest challenge for Colchester.

Top Betting Odds and Stats for Ipswich vs Colchester

FAQs on Ipswich vs Colchester game 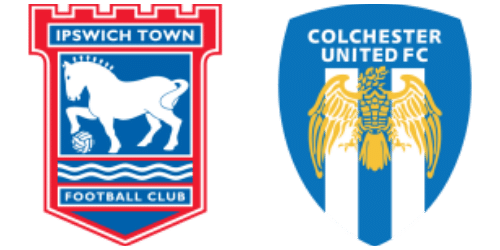 Portman Road will be the destination for this game.

The team considered as a favourite to win this game would be Ipswich.