Ipswich will face Portsmouth in another match from the 1/16 finals of the EFL Trophy.

Both teams are in incredible forms right now and this match will be huge. Here are our predictions.

Ipswich and Portsmouth are two teams from League One and right now are in serious forms with a lot of games without a defeat. They played once already this season and the game had five goals total, with goals from both sides. We expect the two teams to be very motivated for this game as they are two of the favorites to win the entire tournament. We should see at least one goal per team.

Both sides have had some difficult games in the EFL Trophy Group Stage but managed to reach this point in the tournament. They are two of the most serious teams in League One this season and this rivalry will not give us a boring match. While Ipswich are the stronger team on paper, we think that Portsmouth will not lose this match and we will see penalties.

Ipswich are one of the main contenders to get promoted to the Championship this season and their form has not been this good in years. The team is an unbelievable host and has seven wins in the last ten home games in all tournaments. They are also the 2nd highest-scoring team in the league with 38 goals in 19 games to date.

Portsmouth have perfected the art of not losing and this season, they have only two defeats in 17 games to date. The team has one big problem – too many of their games end in draws and this is the only reason why the team is not at the top of League One next to Ipswich. They will be very motivated ahead of this game and they will want to take revenge on the home team.

Top Betting Odds and Stats for Ipswich vs Portsmouth

• Ipswich have no defeats in six consecutive games in all tournaments.

• Portsmouth have not lost in seven games in a row in all competitions.

• Portsmouth have 5 draws in the last six games in all competitions.

FAQs regarding Ipswich vs Portsmouth 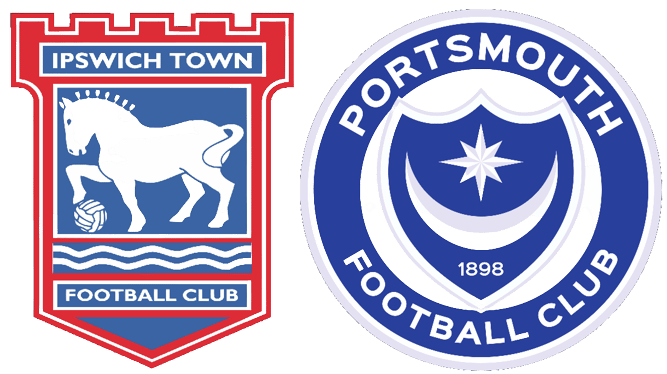 In which places are the two teams in League One?

Ipswich are currently ranked 2nd in the league with 41 points in 19 games while Portsmouth are now 7th with 29 points in 17 games.

Ipswich beat Portsmouth with 3:2 in the first game of the season between them.

Ipswich have the advantage ahead of this match.