Jeju United hosts Suwon FC in the fourth Round of K-League 2022 season. The visitors have yet to win any game this season and will look to get some points in this trip to Seogwipo, South Korea. Read our match preview for the best K-League predictions and free betting tips.

We have put together well-research tips and predictions for this South Korean League fixture. Read our tips below and place your bets with the selected bookmaker. Note that our tips have been extensively researched and analyzed to give our readers the best possible outcomes of this fixture.

Jeju United played their first two games this season but failed to win both. A 3-0 defeat and a 0-0 draw in the second fixture means they have collected only a point from two home homes compared to three points from one away game the last time out. The 1-0 win away from home against Samsung Bluewings should motivate the hosts in their quest for the first home victory. It will be particularly possible against Suwon City, a team that has now lost the three games played so far in the new season. All the Suwon’s three games/losses have been away from home.

Three defeats on the bounce and away from home is hard to take. It gets even more challenging when the fourth game of the season is always played on the road. The visitors have netted only one goal and failed to score in two games. Another trip on the back of three away games and poor scoring record is why we feel the hosts will also win this game with a clean sheet.

While Jeju United is the favourite to win this game based on our analysis, they haven’t proven much of a goalscoring outfit. The visitors have tried to defend, leaking at most two goals in any of their last eight games. We are tipping home victory but with fewer than two goals at full-time.

Top Betting Odds and Stats for Jeju United vs Suwon 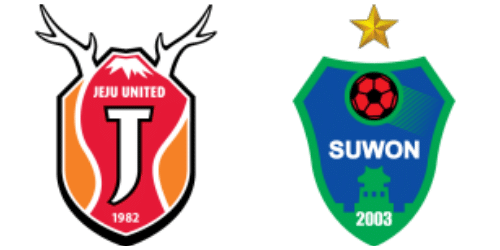 How have the head coaches of these fared against each other?

There have been six meetings between Jeju’s Ki-Il Nam and Suwon’s Do-Kyun Kim. The hosting manager in this game boasts 2W while his matchday opponent has 3W. Two games ended in a draw in those encounters.

Who are the hosts in this K-League 1 game?