Jubilo Iwata will face Vissel Kobe in an interesting fixture from the bottom of the table on Saturday.

Jubilo Iwata and Vissel Kobe are in serious danger of relegation and both need all the points they can get. Here are our predictions for this match.

When it comes to goals, these two teams are obviously among the weakest in the league and they do not score too many goals. Iwata, in particular, have been struggling a lot lately but we expect them to score in this match due to the fact that Vissel Kobe have been terrible too and they will also be the visitors in this match. As for the away team, they are coming from two consecutive wins, so we expect them to be motivated in this match.

It was about time for Vissel Kobe to remember their strength and return to the winning side of the game. The team has always been a contender for the title and it is abnormal to see them in the bottom of the league. They beat Shimizu S-Pulse and Sagan Tosu away in the previous two rounds and we expect them to win again for the third time against Iwata – one of the other weakest teams and a team that is completely out of form.

We have two completely different teams when we consider just the corner stats this season. Jubilo Iwata are the team that takes the fewest corners per game on average and their overall averages per game this season have been 7.2 corners. On the other end, Vissel Kobe are ranked third in the league based on corners and have had an average of 10 corners in their games this season. The first match between these two teams had just 4 corners at full time, so we expect less than 10 again with Iwata's regularities.

Jubilo Iwata spent a couple of years in the lower tier of Japanese football and returned to the elite this year. They did not have a terrible start but after time, the team began to lose again and again and they are now near the bottom of the table and in danger of getting relegated again. After 20 rounds, Iwata have a goal difference of 22:31, which means that they have the second-weakest defense in the league.

Vissel Kobe finished in 3rd place last season and then performed an incredible Group Stage in the AFC Champions League this season. Yet again, their performance in the domestic league has been a disaster – the team is in the bottom of the table and struggling to win against any opponent. And this happens just months after they were dominating the league. After 20 rounds, their goal difference is just 19:27. 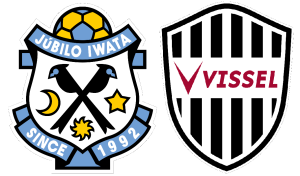 This fixture has been scheduled for Jubilo Iwata's home ground – the Yamaha Stadium.

After 20 rounds, the two teams are exactly next to each other in the table – Iwata are 16th with 19 points while Vissel Kobe are 17th with 17 points.