This preview looks into the clash between rivals Juventus and AC Milan at the Allianz Stadium on Sunday. Both teams have a lot at stake and they are separated by just goal difference.

Juventus will smell the opportunity to take the second spot while AC Milan will be wary of Napoli and Lazio breathing behind them in the table. The best predictions for this match would be:

Juventus were able to provide a huge boost to the chances of finishing in the second place after the comeback win over Udinese. Milan also picked up a win after some poor results, but Juventus’ recent form is more profound. At home, Pirlo’s team have been quite difficult to beat and they have failed to win only four out of the 17 home matches so far.

Juventus’ mediocre defending in the home matches has cost them dearly in some instances. AC Milan would be able to profit from such a situation since they were able to find some amount of form in the win over the Benevento. Milan may have scored just one goal in the last five trips to face Juventus, but this could be a different scenario with the former champions no longer the dominant force.

AC Milan seem to have recovered from the slump that led to losses against Sassuolo and Lazio. The team recovered with a decent attacking performance in the last match against Benevento. Even though Juventus possess one of the best defensive records at home with only 13 goals conceded, the team is without a clean sheet at the Allianz Stadium in six consecutive games across all competitions.

Juventus are one of the three teams with a strong possibility of finishing in the second place. This would be a healthy finish to the campaign for Pirlo if winning the title is not a possibility. Juventus have the momentum among the three teams to secure this spot. Cristiano Ronaldo returning to form with a brace in the last match is a huge boost for Juve. Pirlo does not have many injury problems with Merih Demiral the only player unavailable.

Milan were in bad need of a win after back-to-back losses. This came in the form of the Benevento. There are still four crucial matches for Milan before they can expect to celebrate finishing in the Champions League places. This is due to the immense threat offered by Napoli and Lazio for the final fourth spot. The visitors will be without the suspended Samuel Castillejo for this game. 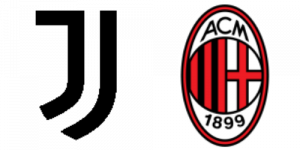 This game will take place at the Allianz Stadium in Turin.

Juventus get the status as the favourites with a price of 8/11 to win the game.