This preview aims to provide good insights into the Italian Serie A match between Juventus and Genova on Sunday.

The game between Juventus and Genoa will have a lot of implications on the Italian Serie A title destinations with the former still involved in the race. The top predictions for this game would be:

Genoa’s last win over Juventus came back in 2019. Genoa's record at the Allianz Stadium is disastrous with five losses in six visits. Juventus have been winning both halves in seven out of the 15 home matches so far. Even in the last six games, they have a 50% record of success in both halves. Even though Genoa have not demonstrated such specialist records, this game seems to be heading completely in the direction of the hosts.

Cristiano Ronaldo is once again back among the goals after a few games of lull. He is quite good at scoring against Genova even if most of his goals against this opponent have come from the penalty spot. Ronaldo has scored in all Italian Serie A meetings against the Genoa team. He now c7245.36omes into the encounter after having scored goals in his last three games for Portugal and Juventus.

This is a fixture which has never failed to disappoint in terms of goals. All of the last four games between Juventus and Genoa have produced more than 2.5 goals. Since players like Ronaldo are starting to hit a decent patch of form, there is more likelihood of witnessing a high-scoring game from this match.

Juventus picked up a crucial win over Napoli to remain in the title race. Apart from a win over Genoa, Andrea Pirlo’s men also need other results to go their way. Since Inter Milan take to field a little earlier, the results from the San Siro will have greater implications on this game. The win over Napoli in the midweek action has kept Juventus in line with being able to challenge at least for the second spot if not for the title. Atalanta have been showing a greater consistency than Juventus in the league table.

Genoa find themselves in a comfortable mid-table position with no real threat of relegation. The team has also been picking up points on a consistent basis. The win over Parma is the only positive factor for Genova for almost two months. The club remain hopeful of being able to find a patch of form that will push them into the top half of the table. Davide Ballardini will be without key players like Luca Pellegrini and Kevin Strootman for this encounter.

Top Betting Stats and Odds for Juventus vs Genoa

FAQs about Juventus vs Genoa Coverage 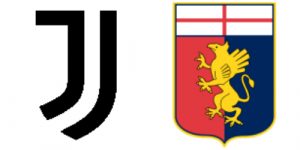 The Allianz Stadium in Turin is the location for this game on Sunday.

The favourites to win this game would be Juventus at odds of 2/9.