This preview looks to a match which will see the current champions taking on the former leader in the Italian Serie A and Inter Milan are the visitors this time around.

Inter Milan look to make it five consecutive wins as Antonio Conte’s men have not slowed down even after winning the title. For Juventus, the game has a huge consequence with the team outside the top four at kickoff. The best predictions for this match are:

Despite having little reason to go for wins, Inter Milan have been churning out positive performances even after winning the title. Juventus carry far greater motivation to win this game, but the team has been making too many mistakes, which can be easily punished by a clinical outfit like Inter. Buffon was able to save the game against Sassuolo, but the veteran may be finding it hard to stop Inter, who have been able to get some good performances out of fringe players like Alexis Sanchez in recent weeks.

Cristiano Ronaldo came up with a vintage performance against Sassuolo and he could have had a brace in the game if not for the post. Ronaldo’s personal record against Inter is not exceptional with only four goals in 10 games. However, he has been doing very well of late – three goals in as many games. As the first choice penalty and freekick taker, Ronaldo has more opportunities to get past 28 league goals he has achieved this season.

Inter and Juventus both have a ton of talent who have the potential to decide the game with their own individual skill. They might be able to do just enough to get on the score sheet. Even though the last meeting between the two teams was a goalless draw, it is unlikely to be repeated.

Juventus have to rely on other teams dropping points to get back into the top four. The win over Sassuolo, who have been in exceptional form, would be a huge boost with the confidence levels, but the mistakes made by Pirlo’s men against Sassuolo cannot be repeated. The team trails the top four teams by just a point, but there are just two games left.

The title success has clearly not prevented Inter from going after more wins and they are likely to feel a sense of achievement when travelling to face former champions Juventus at the Allianz Stadium. Conte has been giving opportunities for players like Sanchez in recent games and they have not disappointed. Arturo Vidal and Aleksandar Kolarov are injured for the visitors. 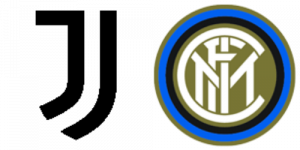 The location for this game will be the Allianz Stadium in Turin.

The team seen as favourites to win the game would be Juventus, who can be backed at 23/20.