The final game of the 20th round in the 2. Bundesliga includes Karlsruher and Sandhausen. Given the position of both teams, the favorite here is obvious but Sandhausen have been having some surprising positive results lately and this match could surprise us.

Karlsruher have been among the ‘above-average' teams but they have one serious problem – the team gets too many draws, which has stopped it from being much higher in the rankings. A match against a team in the relegation zone is the perfect chance for a win and they should be motivated to get the three points.

Karlsruher are the team that has had the most over 2.5 games this season – 15 out of 19 total. Especially their latest fixtures, all give had at least 4 goals. The team scores a lot but also concedes just as many goals, which should motivate Sandhausen, who have been quite disappointing this campaign. Overall, Karlsruher are one of the teams that can cover the 3-goal expectations by themselves but we expect at least one goal from the visitors as well, so consider the both teams to score option as an alternative.

The hosts are the far better team, no doubt, but they have been having a huge number of draws this season, as well as quite a few losses. We cannot guarantee that they will perform at their best even against a weak opponent but we expect them to win this game nonetheless. Despite their terrible performances at home, Sandhausen won a surprising number of games on the road, so we pick the draw no bet option as reassurance. If the match ends in another draw, we will get our money returned.

As mentioned above, Karlsruher are among the highest-scoring teams in the 2. Bundesliga. They have netted 20 goals in 10 home games this season, which means more than 2 in quite a lot of games. More specifically, in 7 out of 10 games at home. Sandhausen won a few games away but it doesn't change the fact that they have conceded 18 goals in 10 games on the road. They struggle against strong and fast offenses and Karlsruher have just that. We expect the hosts to net at least two goals in this fixture.

Top Betting Odds and Stats for Karlsruher vs Sandhausen

FAQs regarding Karlsruher vs Sandhausen 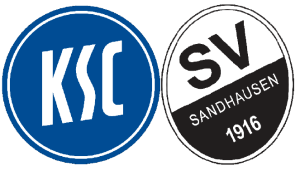 • In which places are Karlsruher and Sandhausen?

Karlsruher have spent the entire season in the middle of the table. They remain at 10th place with 26 points and this position is unlikely to change soon. Sandhausen had a few good results and are almost out of the Relegation Zone – 16th with 17 points.

• How many goals did both teams score and concede?