After several rounds in the Japanese elite, it is obvious that Kashima Antlers will once again be a contender near the top while Shimizu S-Pulse will be in the relegation fight.

Kashima Antlers have had an incredible start to the season and they get a great opportunity for three more easy points against Shimizu S-Pulse.

We expect to see more goals than usual in this fixture as we generally see both teams with at least one goal and we generally expect that Kashima will score a lot more than one – perhaps even three. These two teams played four times last season and three of the games ended with more than 2.5 goals. In the last fixture in August, Kashima won with 0:4.

There is no doubt that there is a huge difference between the two teams just like there was in the previous campaign. Kashima started the season with four wins out of five games while Shimizu have a single win after five rounds. Kashima lost to Kawasaki at home, which is more than normal given the difference between Kawasaki and all other teams but generally, they have been great at home and we see no way for Shimizu to win here.

Kashima had a positive season last year and finished fourth. In the transfer market, they were also quite successful as they sent out multiple senior players and replaced them with young talents. They got an important transfer from Sint-Truiden in Belgium in the face of Yuma Suzuki – a 25-year-old center-forward. Their offense is incredibly strong now and their defense is above-average too.

Shimizu S-Pulse had a rough last season and their new campaign has not been much better even with the serious improvements in terms of transfers. They paid several million euros for multiple players from Portugal, Korea, and Japan, and also got multuple free transfers. We should expect an improvement from them soon and it needs to happen unless they want to fight for their place in the league once again. 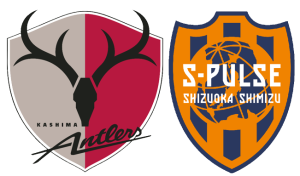 In which places are Kashima Antlers and Shimizu S-Pulse?

Right now, Kashima are 3rd in the league with 12 points after Yokohama and Kawasaki but we should note that they played two games less, so there is a good chance that we will see them at the top soon. Shimizu, in turn, are 15th with 5 points.

This match will take place at Kashima's home ground – the Kashima Soccer Stadium.