Kashima Antlers will face Vissel Kobe in the opening fixture of the 22nd round in the Japanese J1 league.

Kashima failed to win for a second match in a row and still have a huge deficit next to the leaders in the table. Here are our predictions for this match.

We expect to see an interesting fixture that may be packed with goals. With Kashima Antlers, you can always expect at least one or two goals against any opponent, and with Vissel Kobe's current form, we have no doubts that we will see something from them as well. Overall, Vissel Kobe are having their worst season ever but are currently on a 4-win streak and we think that they will score a goal in this match, as opposed to the previous time these teams played.

Kashima Antlers have been one of the best teams in the league this season while Vissel Kobe have been on the opposite end of the table and until recently – had some of the worst stats. The team is now on a 4-game winning streak, although all those wins were against other of the weaker sides in the league and cup. Kashima have not lost in 8 consecutive matches in all tournaments but they have been having some draws recently and we think that Vissel will do their best not to lose again.

When it comes to corners, Kashima and Vissel Kobe are two of the best teams to pick for betting. The teams are tied-third in the league in corners per game – an average of 9.7 per match this season for both teams. Moreover, they are among those that take the most individually too. The first match between them had 12 corners at full time, so we expect to see a good number here again.

Kashima Antlers have been one of the best teams in the league for years although they are rarely a contender for the title. Last season, they finished in 4th place, which was a good achievement. This season, they are in the title race for real, although their accumulation of draws has already created a gap. Nevertheless, the team has the 2nd best attack in the league. The main problem has been the defense as they concede a lot of goals too.

How does a top 3 team suddenly turn into one of the weakest sides in the league after just a couple of months. That is the story of Vissel Kobe, who finished 3rd last season but have just 5 wins after 21 rounds in the new campaign. Of course, the team is on the rise now with three consecutive wins in the league and we might finally see them out of the relegation zone if they win here. 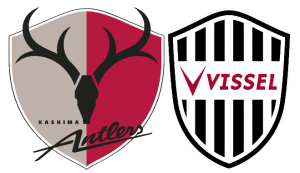 This fixture has been scheduled for Kashima's home ground – the Kashima Soccer Stadium.