Kashiwa Reysol will host Shimizu S-Pulse in another late fixture from the 16th round in the Japanese elite.

Kashiwa Reysol are the most improved team in the league and will look for an easy win against one of the struggling teams.

When it comes to goals, these two teams are not the ones you should be looking at. Especially when Kashiwa are the hosts and Shimizu the visitors, you should expect an under 2.5. For example, Kashiwa Reysol had only 15 goals in their first 7 home games of the season and managed to score just 7 of them. On the other side, Shimizu have had 15 goals in their first 7 outings in the new season and scored 8 goals.

We are going heavy against the odds here as Kashiwa Reysol are the favorite but we do not expect them to win Shimizu might be one of the weakest sides overall this season but they had all of their better games on the road. They lost a single match in their last five outings while on the other end – Kashiwa Reysol lost four of their last 5 hoem games, all of which against teams that do not qualify as one of the great sides.

Kashiwa Reysol and Shimizu have similar corner stats after 15 rounds in the new season. For example, both teams had an average of less than 8.5 corners in their games overall to date. Moreover, these are among the teams that take the fewest corners per game individually – 3.8 per game for Shimizu S-Pulse and 3.5 for Kashiwa Reysol.

Kashiwa's season to date has been the most pleasant surprise of the J1 League. Last year, the team barely made it into the new season as they finished right above the relegation zone. In the new campaign, they are a real contender for the Top 3 seeds that allow participation in the next edition of the AFC Champions League.

Shimizu S-Pulse were right there next to Kashiwa Reysol near the bottom of the table last season. They had a terrible season and scored just 37 goals in 38 matches. This new campaign has, in no way, been better for them and they are in a serious danger of getting relegated. They have one of the worst attacks in the league and the tied-third worst defense in the league. 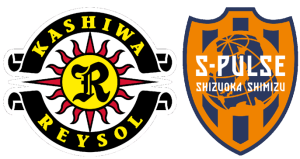 In which places are Kashiwa Reysol and Shimizu S-Pulse?

These two sides are currently on the opposite ends of the table. Shimizu S-Pulse are in the relegation zone at 16th place while Kashiwa Reysol are 4th in the league with 24 points.

This fixture has been schedueld for Kashiwa's home ground – Sankyo Frontier Kashiwa Stadium.