Kerala Blasters will face East Bengal in the first round of the Indian Super League on Friday.

The Indian Super League returns this week and Kerala Blasters and East Bengal will perform in the very first match of the season. Here are our predictions.

Kerala Blasters and East Bengal are two completely different teams and their level is quite different. Kerala are one of the top teams and played in the final of the league last season while East Bengal were the weakest team in the league. At the same time, Kerala Blasters have a single win against this opponent in four games total over the past two years. And it was a 1:0 win. All four games between them ended with less than 2.5 goals. Kerala are not a high-scoring team and we expect an under again.

Three out of the four games between these two teams ended in a 1:1 draw but we do not expect this to happen here. Kerala Blasters have one of the best defenses in the league and their current form seems quite good. East Bengal do not score a lot of goals overall. They often go without scoring a single goal – they failed to score a goal in four out of their last five games.

Kerala Blasters played in the Indian Super League finals last season and reached the final playoff game, which they lost after penalties. They have always been one of the top teams in the league since forever and we expect them to be a contenter this season too. They have a strong attack and a solid defense. This is a team that plays well at the start of the games, so they usuall score most goals first. This is a good option for an alternative bet.

East Bengal are the weakest team in the league right now or at least, they were in the previous season. We will see how they perform now but we do not expect them to be much better. They finished in 11th place last season and had just 11 points too. That makes for 1 win in 20 games. Their goal difference was 18:36. They usually perform well against Kerala, which is interesting. 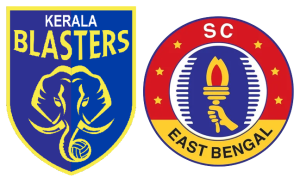 This fixture has been scheduled for the Jawaharlal Nehru Stadium in Kochi.