The Scottish Championship is shaping up to be one of the most competitive leagues in the UK with a battle at both the top and bottom of the tables. Saturday sees an intriguing contest between Kilmarnock vs Dunfermline. Kilmarnock find themselves in second spot, five points off the top of the table, Dunfermline who at one stage looked marooned have enjoyed a steady climb up the table and now find themselves in 9th place just one point off safety.

Kilmarnock have had a tough time of things recently and have seen their lead at the top of the table and are actually ranked below Dunfermline in the form table having taken seven points from the last fifteen available. Dunfermline have been in good form being unbeaten in their last four games and picking up eight points from their last possible fifteen. Kilmarnock have been poor at home and we think that Dunfermline have every chance of taking something from this game. Giving Dunfermline the double chance to draw or win at 11/10 looks a great way to play.

Both sides are struggling defensively with Kilmarnock only keeping one clean sheet in the last five and Dunfermline keeping only two in their last five. Both teams have scored in three of the last five head to head contests and we think that feat might happen again here.

When these sides meet, goals seem to follow with these teams seeing over 2.5 goals in four of their last five head to head meetings. Kilmarnock have the best defensive record in the league whilst Dunfermline have the worst. With this game potentially going either way we will back this game to see over 2.5 goals.

The Best Match Odds for Kilmarnock vs Chesterfield 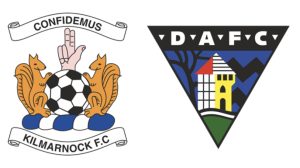 The last five matches between the sides have been really competitive, there has been two draws, two wins for Dunfermline and one for Kilmarnock.

What is the kick-off time for Kilmarnock vs Dunfermline?