This is probably one of the most competitive games in the Scottish Championship for gameweek 24. Inverness and Kilmarnock are currently tied on points and the winner of this game will determine who comes above the other. As such, we expect to see footballing brilliance as both teams struggle to maintain a dominant spot on the standings.

Inverness have recorded three consecutive draws in their recent games. Meanwhile, the hosts sealed a draw in their last game and won in the game prior to that. Both teams will be using this opportunity to get back to winning ways.

In Kilmarnock's last five games, they have won two games, sealed a draw for two games and lost one. Inverness on the other hand have had three draws, one win and one loss in their last five games. When compared to the away side, the hosts have a better win ratio in recent games and as such are more likely to win this game as well.

Winning this game mainly relies on which side outscores the other. This is a decisive game that determines which team stays ahead in the standings. Both teams are expected to come correct with goals to assure a win. As such this makes over 2.5 goals a decent possibility for this game.

Top Betting Odds and Stats for Kilmarnock vs Inverness CT

Kilmarnock need a win to stay ahead, likewise Inverness. Both teams being on the same point keeps them on their toes as they face each other for this game.

FAQs ahead of Kilmarnock vs Inverness CT 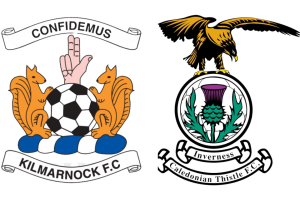 In which places are Kilmarnock and Inverness CT?

Currently Inverness are occupying the second spot of the table with 37 points, while Kilmarnock are holding the third spot with 37 points.

How many wins and losses have both teams recorded this season?

We recommend using SBK for Kilmarnock vs Inverness CT