Both teams head into this match in not the best of form. Kilmarnock sit 5th in the current form table having taken seven points from the last fifteen available, Raith sit in seventh with just four points from the last fifteen. Both teams will want to get back to winning ways as we hit the business end of the season. It’s Kilmarnock who are the bookies favourites being priced at 5/6 for victory. Kilmarnock have the 5th best home record in the league and if they want to return to the Premier League at the first time of asking they will need to quickly boost that form. Raith have a good record away from home and have the 4th best away form in the league. At 20/21 for Raith to draw or win, we think that could be the right way to play.

The under 2.5 goal market might be a good bet to play here. Raith have scored only fourteen goals away from home all season whilst Kilmarnock have only scored 15 at home. With both teams being a little shot shy the last match between the teams just saw one goal. We are hoping that this trend could continue here.

In a battle between two low scoring sides it could make sense to bet that this game could be all square at half time. Both sides lie in a strong position in the table and know a defeat could dent their promotion and playoff hopes. Backing the match to be cagey to begin with could be a great way to play.

The Best Match Odds for Kilmarnock vs Raith 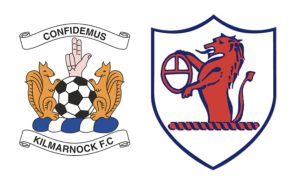 This game will be played at the home of Kilmarnock at Rugby Park.

These sides have only squared off three times in the past with Raith winning the last two contests between the sides.

What is the kick-off time for Kilmarnock vs Raith?