The first leg of the UEFA Conference League game between Koper and Vaduz is all set to get underway. This will be a full preview of the betting tips for this encounter.

Koper were able to come up with a 2-1 victory over Tabor Sezana to start the season. Meanwhile, Vaduz had a disappointing start after they dropped points in the 1-1 draw with Aarau in the Swiss Challenge League.

Koper and Vaduz might have a very evenly matched squad are coming into the game, but it is the home team who have a sizable advantage thanks to a decent run of form in the pre-season games. Furthermore, they also have home advantage that will give them a significant reason to expect a victory in the first leg whereas Vaduz are likely to play for a stalemate.

The two teams are likely to play out a very cagey and dull game. Both teams will know that the first leg is not the decisive encounter and Vaduz may actually go for a defensive approach to the match. This will have a significant impact on the total goals in the game.

The volume of goals from Vaduz is likely to be on the lower side. Even though recent Challenge League game for Vaduz produced a very tight match. However, both teams have enough attacking potential to go for a goal in the 90 minutes.

Zoran Zeljkovic has lost several experienced players in the summer with the likes of Lamin Colley moving on. The replacements have largely been made with the future in mind, as talented youngsters like Dario Kolobaric have been signed up so far. There are no major injury problems for the home team coming into the first leg. Koper are eyeing a significant advantage in the tie from the first leg.

Alessandro Mangiarratti has had the luxury of being able to bring in some key players and I a lot of experience in the summer. Nicolas Hasler has been brought in to shore up the midfield while Gabriel Isik is expected to be a strong candidate at the back. Sandro Wieser is unavailable because of an ankle injury while both Merlin Hadzi and Fuad Rahimi are also about to miss the game due to injuries.

Recent Form, Betting Odds and Stats for Koper vs Vaduz

FAQs on Koper vs Vaduz match 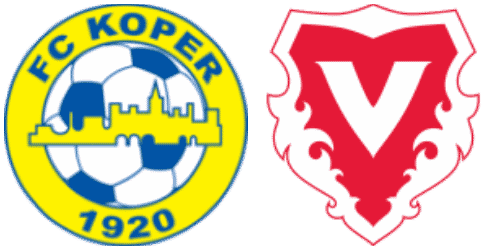 SRC Bonifika will be the location for this UEFA Conference League match.

Koper are the overwhelming favourite to win the first leg.