Second from bottom KTP welcome seventh-placed Ilves to the Arto Tolsa Areena for a Veikkausliiga fixture on Wednesday. Read our predictions and find the latest odds for the game below in our detailed match preview.

Ilves snapped a three-game losing streak with a surprise 2-1 win over a fancied Inter Turku outfit last week and with confidence renewed, they head into their clash with second from bottom KTP as favourites to claim the points. Here are our top three predictions for KTP vs Ilves:

Ilves pressed the reset button on their confidence last week when they halted a poor three-match losing streak with an equal part impressive and surprising 2-1 victory over title hopefuls Inter Turku. With self-belief surging and a possible jump from seventh to fourth on the table, Ilves are worth backing to claim another three points at struggling KTP.

Both teams have scored in 60% of Ilves’ away assignments so far this season and the evidence suggests backing BTTS in their latest game on the road could reap dividends this week. KTP have found it difficult to put points on the board since their promotion, though they did manage to get on the mark in two of their last three home fixtures and they can impact the scoresheet again on Wednesday with a consolation effort.

Only bottom club Oulu have conceded more goals than fellow relegation candidates KTP so far this term. KTP have shipped at least twice in each of their last five Veikkausliiga contests and with manager Argo Arbeiter unable to plug the holes in their leaky defence, Ilves could be worth taking in the over 1.5 team goals market.

KTP were always likely to find the jump tough following their recent promotion to the Veikkausliiga and worryingly for coach Argo Arbeiter, his team’s run of five straight defeats had all the hallmarks of a relegation worthy outfit. The performances of youngster Anton Eerola have offered some positivity however and the 21-year-old will hope to net his third goal of the campaign this week.

Ilves have been hitting plenty of peaks and troughs in the early exchanges of the 2021 campaign. Manager and former Finnish international star Jarkko Wiss saw his team take ten points from the first five matches of the season before they hit a three-game losing slump, however Ilves’ 2-1 victory over a fancied Inter Turku team last time out should help them to rediscover their oomph.

Top Betting Odds and Stats for KTP vs Ilves

FAQs regarding KTP vs Ilves Coverage 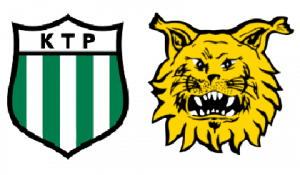 Wednesday’s game will be contested at the Arto Tolsa Areena in Kotka.

Ilves are slight favourites to beat a KTP side that have lost each of their last five matches.