KuPS will face Young Boys in a curious fixture from the next round of the Europa Conference League qualifications.

There is a difference in class between these two teams but there is a good chance that we will see a surprising result in this match. Here are our predictions.

As mentioned above, Young Boys should be slightly better than KuPS as the much more experienced team coming from a stronger league. Still, KuPS are the home team in this fixture and they have proven that they can score multiple goals per team against any opponent. They have been quite impressive in the Conference League to date. On the other side, we have Young Boys – the best team in Switzerland for the past few years.

Young Boys should be able to beat KuPS on any good day but we think that the hosts will be motivated to do their best against such a strong opponent. They destroyed Milsami in the previous round and while Young Boys are a much bigger team, they are mostly good at home. We think that there is a lot of value in the draw because the odds are much higher than usual.

We expect to see over 2.5 although Young Boys showed some real strength in defense in their last away game in the tournament. We expect to see goals from both sides and this is mainly due to the usual performance of Finnish teams. The league there is definitely not famous with the defensive football and most teams have incredibly goal-packed games. We expect scoring from both teams here.

KuPS had the unfortunate experience to lose their title in the final rounds and finished one point below the champions from HJK. This is why the team has to play for the ECL and not the CL. They are an incredible team for the standards of the Finnish league and have a much stronger defense than most. They also have the best attack and we saw a display of their strengths in the ECL as well. The team will have their chances but will they be enough to stop Young Boys?

Young Boys failed to win the title in Switzerland for the first time in several years and have to play for the ECL instead of the usual Champions League qualifications. The team remains unbelievably strong in attack and their defense is not bad either for their level of football. They were the top scoring team in Switzerland last season again with 80 goals scored in 36 games.

Top Betting Odds and Stats for KuPS vs Young Boys

FAQs regarding KuPS vs Young Boys 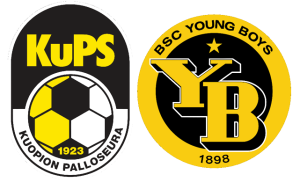 This fixture has been scheduled for KuPS' home ground – the Vare Areena.