The second fixture from the last round of Group A in the Europa Conference Group will decide which team will win the group. LASK are the current leaders but a bad result in this game could send them behind Maccabi Tel Aviv.

HJK will end in 3rd place in the group and have nothing to gain from pushing into this game. LASK will be the team that dictates the tempo in search of the victory that will send them straight to the 1/8 finals of the competition.

LASK Linz have been almost perfect since the start of the campaign. After 5 rounds, the team has conceded just a single goal and that was in the surprising draw against Maccabi Tel Aviv, the other contenders for 1st place. In other words, the team did not concede goals in 4/5 games in the tournament and HJK are unlikely to score in this final round. After all, the visitors have nothing to gain from winning this match or even from trying hard to get any points. LASK will come with a full squad and the motivation to destroy their opponents because a loss here could send them to the 1/16 finals instead of directly into the 1/8 finals.

We expect LASK to go all in from the start of the match in pursue of an early goal that could seal their win. We expect them to score in both halves, which is another option for betting at high odds but we believe that the HT/FT market is a great choice. LASK won four of their 5 first halves in the tournament to date, including the previous match against HJK, so there is enough positive stats in support of this bet.

Here is another alternative option if you prefer higher odds. This, of course, is another way to say that both teams will not score in this match but at better odds. Overall, HJK scored in 2 out of their 5 games and in both cases it was against Alashkert, which are the ultimate weakest team in the group. In the other 3 matches – two against Maccabi Tel Aviv and one against LASK, they did not score and generally did not have many chances at all. We expect LASK's defense to be mistakeless in this fixture, which is a perfect opportunity for us to win at high odds.

Top Betting Odds and Stats for LASK vs HJK

FAQs regarding LASK vs HJK 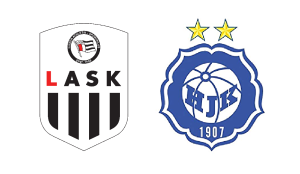 • Which players will miss the match for LASK?

• Which players will miss the match for HJK?

The visitors have listed just one missing player for this fixture – goalkeeper Jakob Tannander.