Nobody expected to see Slavia Prague destroy LASK Linz with four goals last week. Yet, it happened. Although three goals are a serious deficit, LASK have the ability to turn this around.

Slavia Prague have been incredible this season – both in the ECL and in their domestic league. They should feel quite calm after scoring four goals in the 1st leg but they should not let their guard down because it could happen to them too.

In cases such as this, we often see few or no goals in second-legs but that mostly refers to when the team in front is at home in the second leg. In this case, LASK will be the hosts and we expect to see a lot of goals once again. At least, we expect to see one from both sides. Slavia Prague might just sit in defense and wait out the 90 minutes but they have been incredible in attack this season and they are the top-scoring team in their domestic league. They can score goals and LASK can score a lot too.

It is normal to expect a win for LASK here. Not only are they playing in a stronger league in general but that lead of 1:4 suggests that Slavia Prague will focus on their defense rather than their offense. LASK should be the team that does most in this game and they have been quite good at home this season. We expect to see them win this game although we do not expect it to be with a 3-goal difference.

Overall, we expect a lot of corners and we expect the majority to be for LASK Linz. In the previous game, there were 9 corners at full time. Six of those nine were taken by LASK. With the expectations for solid defense from Prague, we expect to see LASK take a greater number again. Perhaps, this time they might take 7-8 or more.

Overall, LASK have had a disappointing season – they finished in the lower bottom of the table and now are playing in the relegation group. What's important for us is that most of their games have a lot of goals. For example, seven of the last nine had more than 2.5 goals. Overall, LASK have scored as many goals as they have conceded and this should help our BTTS bet win.

Slavia Prague have been outstanding this season and it does not matter that they are currently 2nd in the domestic league – the difference is only one win. The team has been the top-scoring side in the league with 60 goals in 25 games. They are a team that dominates from early in the matches and they often score first.

Top Betting Odds and Stats for LASK vs Slavia Prague

FAQs regarding LASK vs Slavia Prague 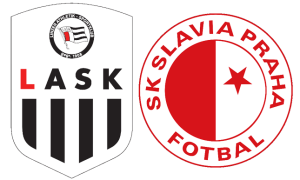 Which players will miss the match for LASK?

LASK Linz will have an almost full squad for this fixture – two players will miss the game – forward Marko Raguz and defender Peter Filipovic.

Which players will miss the match for Slavia Prague?