The fixture at Ta’Qaali National Stadium will see Latvia fighting it out against Kuwait in a friendly duel on Friday, 25 March. The 11 Wolves play their first game of 2022 while Kuwait enters their third friendly international of this year.

Both teams of the match have been unable to record consistent results. Latvia and Kuwait have only one win in the last six games, losing three and four respectively. But mentioning the recent games, Latvia played three of the last five unbeaten games of the World Cup Qualifying round and lost against Turkey and Netherland. While the Blue got three defeats in the same duration playing in the friendlies. So we consider the 11 Wolves with more confidence in this game to take the lead in this duel.

The recent scoring flow of both teams doesn’t look favourable to see a high-scoring total. Latvia were able to hit three goals in their previous game but they have a total of only four goals in the last five attempts. Kuwait is also lagging in their attack, having only three goals in the same course. So we would be waiting to witness a low total in this game.

Latvia and the Blue Wave have scored in only two of the last five outings. But the Vilki have been able to manage two clean sheets in that course leaking only four goals. While on the other hand, Kuwait leaked 13 goals in the previous six outings, getting only one clean sheet. Hence, we base our prediction for Latvia to get the lead and the clean sheet as well in this friendly duel.

The 11 Wolves ended their World Cup qualifying campaign last November at the second last place of the table, having nine points in ten games. Vilki fought back from 1-0 to finish the game at 1-3 in their previous game against Gibraltar. Marcus Oss won’t be able to play in the coming game due to injury.

The Blue entered in 2022 with a win but lost their last game again with the meeting against Libya. But with a long run of winless games of last year, Kuwait doesn’t seem in solid form to get back on the winning way in this game. There are zero fitness issues in the team ahead of this game.

Top Betting Odds and Stats for Latvia vs Kuwait

FAQs regarding Latvia vs Kuwait Coverage and Accessibility 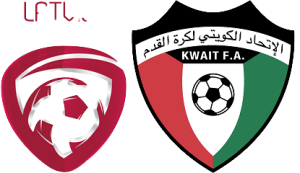 Where is the game being televised? DAZN Deutsch, and SportKlub.

Who is the bookmakers' favourite to win? Latvia.