Relegated Lausanne host the next game of the Swiss Super League against Sion on Thursday, 19 May. Both teams enter the field on the back of winless games.

Lausanne are yet to win from the last four games, losing two in that course while Sion also won only once in the previous five attempts, getting defeated three times. However, Sion should be confident over the last two consecutive victories against the Blue and White. The visitors are also undefeated in all of the last six visiting H2Hs. So Sion will be our favourite to take three points at the end of this meeting.

Lausanne’s attack has been in trouble in the recent games and scored only three times in the last four attempts. Sion has also managed an average of only one goal per game in the recent four outings. Moreover, none of the last three H2Hs of these teams crossed the total of 2.5 goals. Hence, there seems no possibility to witness a high-scoring outcome in this duel.

Following the consecutive winless games, Lausanne Sport has also been unable to score in two of the last three games. The Blue and White failed to score in the previous two H2Hs against Siol as well. On the other hand, the visitors have scored in the last four games consistently and secured two clean sheets in the last five attempts. Furthermore, Sion also scored in all of the recent H2Hs. Given this, we predict only Sion being able to get on the scoreboard of this game.

The Blue and White managed to clip the title winner, Zurich, to a 2-2 draw in the last game, leaking the equaliser in the additional minutes. Lausanne could manage only four wins in the 34 outings of the season and will be absent from the league next year. Four players are injured while Mayron George is on the suspension coming into this game.

Sion got their fourth defeat of the last five home games previously against Luzern with a score of 1-3. The team has managed only ten wins in 34 league outings and stands only one point above the relegation zone. The club gaffer Paolo Tramezzani will have six players out of the game due to fitness issues and suspensions.

Top Betting Odds and Stats for Lausanne Sport vs Sion

FAQs regarding Lausanne Sport vs Sion Coverage and Accessibility 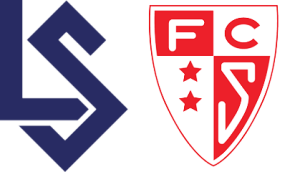 Where is the game being played? Stade de la Tuiliere (Lausanne).

Who won the last Head to Head fixture? Sion won with a 1-0 scoreline.