This preview focuses on Lazio’s attempts to capture the European spots, while Parma are playing without any kind of pressure after being relegated to the second division.

Lazio are sixth in the standings coming into the game and they trail Juventus by five points with a game in hand. Parma have been relegated but the team are hoping to avoid finishing bottom of the pile. The top tips for this match are:

Lazio have been a dominant force in the home matches. They have been able to win at half-time and full-time in five out of the last six home games. This is an impressive run considering the quality of the opposition who have visited the Stadio Olimpico during this run. At the other end, Parma have lost 10 of their 17 away matches this season.

Parma might be relegated, but the team has not stopped coming up with some decent performances and runs. Parma have come up with 10 goals in the last six games – an impressive number for a team in the 19th spot. Lazio are one of the leading scorers in the league with 60 goals from 34 matches. The attacking line-up of Lazio is excellent, especially on the counter-attacks.

Correa has been one of the consistent performers for Lazio in the last few weeks. Even though he is looking for his first goal against Parma since 2018, the 26-year-old is a good pick to score anytime in the game after grabbing five in his last five appearances. He could have also scored in the loss against Fiorentina if not for a spectacular save from the La Viola goalkeeper.

Lazio’s hopes of a top-four finish might have concluded with the defeat against Fiorentina. However, the team can still go for a Europa League spot and even aim to finish above Juventus in the table. The defeat against Fiorentina comes as a major surprise, as the team had been going through a solid run in recent weeks. Felipe Caicedo, Gonzalo Escalante, and Sergej Milinkovic-Savic are injured, while Andreas Pereira and Lucas are suspended.

Parma can only hope to avoid finishing bottom of the table in the remaining three games of the season. This campaign has been a disappointment, but manager Roberto D'Aversa will take heart from the recent performances of the team. Parma did put up a fight over the last few weeks, but it came a little too late.

FAQs on Lazio vs Parma Coverage 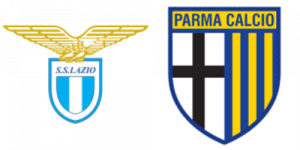 This match will take place at the Stadio Olimpico in Rome.

The favourite team to win this match would be Lazio at a price of 1/5.