In this article, we will go over the Lecce vs Frosinone match to find out the best betting tips, predictions, and odds for their upcoming clash on Saturday.

Lecce vs Frosinone: Latest Betting Odds and Our Predictions

The list below contains our top picks for the Lecce vs Frosinone fixture on Saturday. If you want to see more Serie B odds and free betting tips, you can check out our latest content. We used odds from NetBet and before placing any of these bets, you should make sure that they haven't changed because that could happen at any time.

Four of the last six matches between Lecce and Frosinone ended with both teams scoring goals. We think that Saturday’s match will also end similarly. Also, three of the last five games for Lecce ended with a BTTS outcome, as well.

Lecce is five points ahead of Frosinone in the Serie B table and we think that they will win Saturday's match. Frosinone hasn't been in good recent form away from home and they haven’t won a game against Lecce since 2013. Lecce managed to win half of the last four matches against Frosinone, too.

There aren't any injured players this weekend from Lecce, so at least they are healthy. Romario Benzar won’t be playing this weekend because he isn't eligible, but the team has played enough without him this season, and they will have no problem beating Frosinone, like many of the previous games they played.

There aren’t any injured or suspended players from Frosinone, so they will be playing at 100% this weekend. We don’t think that that will help them against Lecce, though.

In these tables, you can check out the most recent bookie odds from popular platforms and the recent stats head-to-head for the Lecce vs Frosinone match.

Popular Queries Regarding the Fixture This Weekend 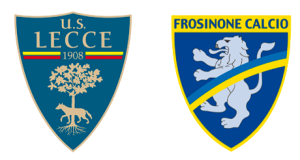