After a much-awaited home victory, Lillestrom takes on Kristiansund for the next challenge On Sunday, 28 August. The Owls are on a winless streak ahead of this game

Lillestrom has conceded three defeats in the last five games but lost only one of them in Eliteserien.  The Birds registered three wins in the previous five league games and ended one in a draw. On the other hand, Kristiansund are winless in the last three games and lost two of them. The Owls are even worse in the away attempts as they failed in four of the last five visits. The Canaries also won the last H2H and we see a repetition of this in the upcoming meeting.

Four of the last five H2Hs between these teams have ended with low-scoring totals and we will be waiting for the same. Lillestrom has found the back of the net eight times in the last five league games and didn't leak more than one goal in any of them. Kristiansund has been struggling in this regard in the away games and scored only three goals in the last five visits.

Lillestrom will be confident to find the back of the net in this game as they have scored in all of their last four home attempts. But the Birds have also kept two clean sheets in the previous four Elitreserien outings. In opposition, the Owls failed to score in two of the last five away trips. Moreover, two of the last three H2Hs also featured both teams on the scoring sides. Following the current stats, we expect only Lillestrom to get to the score sheet in this game.

After two winless league games, the Canaries returned to their winning track in the last game with a 3-0 victory against Sandefjord. With the help of 12 wins and four draws in 19 attempts, Lillestro are second in the points table. Frederik Holst is injured while Ifeanyi Matthew is suspended due to a yellow card.

The Owls lost the consecutive second league game in the last attempt against Tromso with a 2-1 result. Kristiansund has proved the worst team of this season and stands in the last of the table with only six points after playing 18 games. Sebastian Jarl is on a yellow card suspension and will miss the game.

Top Betting Odds and Stats for Lillestrøm vs Kristiansund

FAQs regarding Lillestrøm vs Kristiansund Coverage and Accessibility 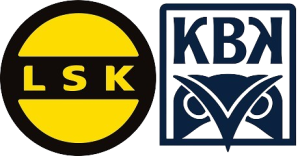