Lincoln Red Imps and Riga go head-to-head for a place in the Group Stage of the Europa Conference League on Thursday. Read our expert predictions and find the latest odds for the fixture below in our detailed match preview.

With the scores locked at 1-1 from the first leg, it’s all to play for in Gibraltar when Lincoln Red Imps and Riga contest Thursday’s return fixture. Read our top three predictions for this week’s clash below.

Lincoln Red Imps have been punching above their weight in Europe this season, particularly on the road where they have dug in for some impressive results – including their 1-1 draw at Riga last week. However, at home, when the pressure is on them to attack, the Red Imps have looked more exposed and they were beaten on their own patch by CFR Cluj and Slovan Bratislava in successive matches at the Victoria Stadium. Riga should have more room to manoeuvre in Gibraltar than they did in Latvia seven days ago and we’re tipping the visitors to take full advantage.

Backing both teams to score at the Victoria Stadium could be a bet worth pursuing on Thursday evening. BTTS landed in each of Lincoln Red Imps’ last three European fixtures, while three of Riga’s last four assignments also produced action at both ends. Both teams got in on the act in last week’s first leg and we expect that pattern to continue in Gibraltar.

With both teams tipped to score and a Riga win also forecast, an opportunity opens up in the over 2.5 goals market in Gibraltar on Thursday. That bet landed in 100% of Lincoln Red Imps’ last four European tests at home, while three of Riga’s last four matches saw at least three goals notched.

Gibraltar-based minnows Lincoln Red Imps have little continental pedigree, though they provided both CFR Cluj and Slovan Bratislava with stiff tests in the Champions and Europa League qualifiers without securing overall success. The Red Imps will be hoping that it’s third time lucky when they go toe-to-toe with Riga on Thursday, though they will have to reverse their poor European form at the Victoria Stadium to succeed.

Riga boss Andris Riherts joined the club in the summer, and the new man in charge will be determined to avoid an embarrassing double-legged defeat to Lincoln Red Imps this week. Domestically, Riga are still firmly in the Latvian title race, though a defeat in Gibraltar on Thursday could knock the confidence out of the club from the capital ahead of the second half of the campaign in their homeland.

Betting Odds and Stats for Lincoln Red Imps vs Riga 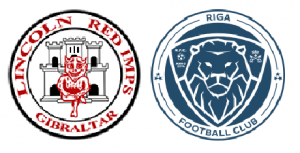 Thursday’s game will be played at the Victoria Stadium

Lincoln Red Imps and Riga drew 1-1 when they last met in Latvia a week ago.