This preview focuses Macarthur’s push to keep momentum in the final regular game of the season when they take on Wellington Phoenix at the Campbelltown Stadium in Sydney.

Macarthur produced a dominant performance against Western United to get a 2-1 victory and seal their place in the play-offs. Wellington Phoenix remained in the picture for a play-off finish after a 2-2 home draw against Perth Glory. The top predictions for this Australian A-League match at:

The primary objective for Macarthur will be to retain momentum ahead of the play-offs. Wellington Phoenix will jump into the top six if other results also go their way. Hence, there is a strong motivation for the visitors, who are searching for their first win over this opponent. Psychologically, the home team will be in a better state of mind and this should help them get the three points.

Macarthur have been able to ride on the goals from players like Derbyshire. They have been able to score in five consecutive matches with just two of these games witnessing Ante Milicic’s team scoring less than 1.5 goals. These goals have been crucial in getting to a play-off position. Wellington Phoenix scored over 1.5 goals in each of the last four games, as Ufuk Talay’s men target a play-off finish.

Matt Derbyshire has been in sensational form since making the move to Macarthur. He is the club’s top scorer with 14 goals. The 35-year-old has three goals in his last four matches. Even though he has not been unable to score in the last two games, the former Blackburn Rovers striker did come very close by hitting the woodwork on a couple of occasions. When he’s not scoring, Derbyshire has also been setting up goals for his teammates.

Preview of the Macarthur vs Wellington Phoenix Match

Macarthur have done exceedingly well to remain in contention for a positive set of performances in the play-offs. The team has flourished going forward, but the primary objective for Ante Milicic will be to end the final regular-season home match with a flourish. A return of just one win in the last five home matches has taken the wind out of the team.

Wellington Phoenix are not in control of their destiny as they head into the final regular-season match. The team has to depend on Brisbane Roar or Adelaide United dropping points in the final matches. The draw with Perth Glory has hurt the team immensely in this regard. Yet, Wellington are unbeaten in six and they have momentum coming into the match.

Analysis of Key Stats for Macarthur vs Wellington Phoenix

FAQs on Coverage of Macarthur vs Wellington Phoenix 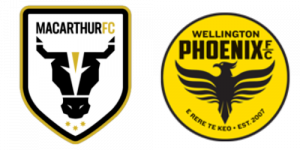 This match will be hosted at the Campbelltown Stadium in Sydney.

Macarthur are the team regarded as favourites to win the game at odds of 6/5.