In the second match from Group E of the Europa Conference League, we have Maccabi Haifa and Slavia Prague in a match that could be result being an early decider for the final standings in the group.

Maccabi Haifa is still waiting for the first win in the group stage while Slavia Prague destroyed Union Berlin in the opening round and is sitting at 2nd place.

Maccabi Haifa managed to get a 0:0 draw at home against Feyenoord which was a surprise to many and an absolutely undeserved result given the stats from that game. In each case, the team played some strong defense and succeeded. But besides this match, Maccabi Haifa is a team that scores a lot of goals at home and we do not expect to see a goalless match on Thursday. Slavia Prague is one of the best teams to bet on goals as they score a lot and concede a lot.

Slavia Prague undoubtedly is the better team here and the favorite to take the three points. Yet again, Maccabi is an incredible home team and not only in their domestic league. The team hadn't lost a match at home for 6 months until the last round in Israel. Our reasons for this tip are different, however. Slavia Prague is literally coming with half a team. They will have an incredible number of missing players and although we expect to see at least one goal from them, we see this as a likely Draw.

To Score in Half – Slavia Prague 2nd Half (Yes)

Slavia Prague is a team that scores a lot of goals in the second halves of their games. Quite often, we see them score after the 80-minute mark and this is a team that should not be underestimated until the final whistle. In both previous matches in ECL, Slavia Prague scored in the second half. Even if the first half of the match ends at 0:0 with Maccabi's strong defensive play, we expect to see goals after the break. 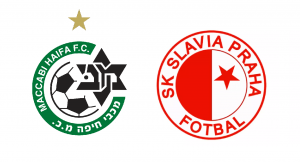 • Which players will miss the match for Maccabi Haifa?

The hosts have not listed any players as missing although some have been listed as questionable but likely to play.

• Which players will miss the match for Slavia Prague?

As we explained already, Slavia Prague is coming with half a team since a bunch of their players are injured. Here are their names, positions, and matches played last season:

The match will be played at Maccabi Haifa's stadium – the Sammy Ofer Stadium which has a capacity of nearly 31,000 visitors.