Maccabi Haifa have been trailblazing for their last five games and so far, it looks like their energy isn't unmatched. On the other hand, the visitors have been nothing short of pitiable recently, with their streak of losses and no hope of turning things around. This game is between a top-performing team and a poor-performing team, and the expectations are one-faceted in favour of Maccabi Haifa. Read our expert predictions and find the latest odds for the fixture below in our match preview.

Maccabi Haifa are expected to ride on with winning ways as they come face to face with Maccabi Petah Tikva.

In their last five games, Maccabi Haifa have won all games. However, the same cannot be said about the home team. In the last five games, the home team have lost four games and won just one. It is very obvious that Maccabi Petah Tikva are no match for Maccabi Haifa, and this match is expected to be a landslide win for the away team. It would also suffice to note that in the last four times both teams were matched against each other in 2021, Maccabi Haifa won thrice, in which they started winning from first half.

In recent times, Maccabi Haifa have proven themselves to be a team that never gets tired of scoring goals. This explains why in their last five games, they have scored a minimum of two goals each in three games. Considering the fact that the home team is very underwhelming, Maccabi Haifa are better positioned to score more goals.

For a game like this with a very attacking side and a poorly defensive side, the results always favour an influx of goals. This is quite similar to what is the case with this game. There are high expectations for an good number of goals, given the parallel form of both teams.

Maccabi Haifa are favourites to win here and are expected to have it very easy. Maccabi Petah Tikva have been uninspiring in their last games, hence leaving almost nothing to be expected. Backing Maccabi Haifa to score at least two goals individually seems like a likely option for this one.

FAQs ahead of Maccabi Petah Tikva vs Maccabi Haifa 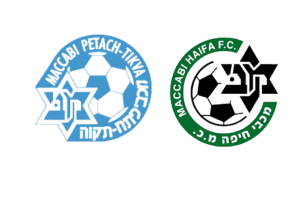 Clearly, Maccabi Haifa are favourites to win this game given their current form.