One of Saturday’s most eagerly anticipated contests will be when 3rd place Maccabi Tel-  Aviv take on Kiryat Shoma.

Maccabi’s faint hopes of catching league leaders Maccabi Haifa look to be all but over with the side from Tel – Aviv now eleven points behind their title rivals. Still, there is a lot to play for as Tel – Aviv will want to maintain their distance from the chasing pack all of who are trying to muscle their way into the top six. One of those sides looking to muscle their way into the top six is Kiryat Shmona. Kiryat sit just four points off the top six and know that a win here will bridge the gap. Maccabi Tel – Aviv have the better form heading into this contest and start as worthy favourites. The home side have gone seven games unbeaten at home and the smart play is to back them to get the vital win here. 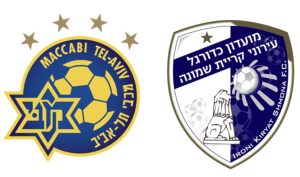 This game will be played at the home of Maccabi Tel-Aviv at Bloomfield Stadium.

In the last five matches between the pair there have been two draws, two wins for Maccabi Tel Aviv and a win for Kiryat.