This is a match which involves two teams who are playing for pride in the final EFL Trophy match in Northern Group H. Mansfield and Newcastle Academy are at the bottom of the group after losing all of their games so far.

Mansfield made it to the second round of the FA Cup after a huge scalp by overcoming Sunderland with a 1-0 victory at the Stadium of Light. Meanwhile, Newcastle are back in action for the first time since losing 2-0 to Harrogate Town in the group stages.

Mansfield are aiming for a third consecutive victory in all competitions. The victory over Sunderland will give the team a ton of confidence, which is precisely what Newcastle are lacking at this moment. After losing all of their games so far in the group, Newcastle are in a very bad position. Mansfield have home advantage that will also provide them with a significant reason to go for three points.

The goals from Mansfield have not been more than 2.5 in any of the games this season. Yet, a handful of matches have witnessed over 2.5 goals. Newcastle Academy are not expected to score goals. The team has failed to score in the two group matches.

Newcastle Academy have not scored in the last two group matches, while Mansfield will be relatively motivated after three goals from the last two matches. Mansfield have also kept back-to-back clean sheets for the first time this season.

Mansfield will have every reason to think about making a push up the League Two table. After going through a troubled spell over the last few weeks, Mansfield have picked up back-to-back wins in two different competitions. One of those victories was against Sunderland in the FA Cup. Even though Mansfield have to deal with FA Cup exertions, Nigel Clough would happily take this situation.

Top Betting Odds and Stats for Mansfield vs Newcastle U21

FAQs on Mansfield vs Newcastle U21 game 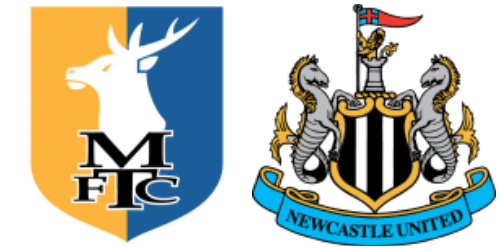 One Call Stadium will be the destination for this game.

The team regarded as a favourite to win this match would be Mansfield.