The last game of Thursday's Europa Conference League includes Marseille and Qarabag. The hosts failed in their Europa League group and were sent to the ECL 1/16 finals. Qarabag, in turn, won second place in their group and will now face a more serious challenge.

Marseille had a tough group in the Europa League, one of the most difficult ones overall. Qarabag were fortunate in their position and passed into next round as expected. Both teams are in good domestic forms and this game promises to be thrilling.

Marseille are the much stronger team here, there is no doubt, and they had some of the most goal-packed games in the Europa League last year. Qarabag are in an incredible domestic form and we expect them to net at least one goal in this fixture mainly because Marseille have been showing signs of struggles in defense and they often concede goals in the French elite. Of course, on a good day, Marseille can score three or more goals by themselves, so there is that option too.

The odds for a Marseille win here are not perfect and therefore, we settled for the half time option instead. Qarabag might be the current leaders of the Azerbaijani elite but there is no comparison between that and the French Ligue 1. And notably, Marseille are currently second in France and with a difference from the third. They play well at home although we saw some draws there. In each case, we believe that the hosts will do their best to score early and take control over the match in the first half, so that they can play safer and less active in the second half.

Marseille are a team that takes a whole lot of corners in games where they are the favorite or in other words, the better team. They take control over the ball and they press until a goal comes. In some of their home games in EL, they had more than 10 corners. Qarabag are another team that takes a bunch of corners and surprisingly, they had some games in the Europa Conference League Group Stage when they had near or more than 10 corners, even against stronger opponents like Basel. We think that there will be a lot of corners in this match, so you can settle for the regular 90-minute line or something else too.

Top Betting Odds and Stats for Marseille vs Qarabag

FAQs regarding Marseille vs Qarabag 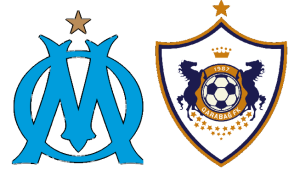 • Which players will miss the match for Marseille?

Marseille have listed just a single player as missing for this fixture and that is midfielder Valentin Rongier. He will miss this game due to his red card in the last fixture from the Europa League group stage.

• Which players will miss the match for Qarabag?

The visitors have also listed a single missing player for this fixture – midfielder Jaime Romero.