This preview focuses on regular-season winner Melbourne City taking on rivals Melbourne Victory at the AAMI Park in Melbourne.

Melbourne Victory were able to come up with a surprising 6-1 thrashing of Western United in the recent league encounter. Melbourne City’s 10 game unbeaten sequence came to an end with the 3-0 loss against Brisbane Roar. The best tips for this match would be:

Melbourne City were able to complete a hat-trick of wins over Victory following the 7-0 thrashing in the last meeting back in April. In fact, City have scored an astonishing 13 goals in the last two games against Victory – making it a demolition job. Even though Victory may be out for revenge, it is unlikely to happen with City on excellent form throughout the campaign.

Melbourne City have been involved in a significant number of high-scoring matches since April. The team has witnessed a game with less than 2.5 goals only on one occasion in the last seven. Even though Victory scored six goals in the last match, it is likely to be a one-off. Victory, though, have the worst defence in the division with 59 goals conceded.

Jamie McLaren is the top scorer in the division with 25 goals. Yet, he has been unable to score in his last two outings for City. It may not be a long while before he gets back to scoring form. The striker has made Melbourne Victory his second favourite opponent with 13 goals in 17 matches. He has scored more only against Sydney throughout his career.

Melbourne Victory were able to give fans a huge joy after their biggest win of the season. The 6-1 win over Western United will undoubtedly infuse some confidence to the team which is just above the bottom. However, they will only be playing for pride in the final match of the season. The last two campaigns have been horrendous for Victory and Steve Kean will not be too proud about the current campaign either.

Melbourne City will look to maintain momentum ahead of the business end. The team has had a surprise loss against Brisbane in the last match. The team are on course to dominating the A-League for another campaign. Manager Patrick Kisnorbo has done an excellent job to open up a four-point lead over Sydney. 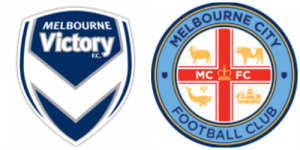 The AAMI Park in Melbourne will be the location for this encounter.

The bookmakers have placed Melbourne City as a favourite to win the game.