Monza saw their superb form come to an end after losing in shock fashion to Benevento last time out. They’ll be eager to get back to winning ways. On the other hand, Perugia have consistently struggled to secure a win, most times, they end up sealing draws. It is only natural to have high hopes for Monza to come out on top in this game.

Despite winning most of their games, Monza are still desperate to ascend the table, and will be eager to return to winning ways. Typically, they will be gunning for three points on home turf.

So far, Monza have maintained dominance by winning three out of their last four games. We obviously can't say the same about Perugia who have played four draws in their last five games and only secured a win. Monza have proven to be determined to stay winning games, given their ambition to go a notch higher on the standings. Most likely, Perugia do not look like they could stop them on their tracks for this game.

One thing has been constant with Monza's recent games so far and it is fact they stay outscore their opponents and score at least two goals in a match. With the exclusion of their recent defeat to Benevento, this has happened in four out of their last five games, looking like a constant that's bound to repeat itself in this game as well. Hence, backing Monza to score at least two goals is a likely option for this one.

Top Betting Odds and Stats for Monza vs Perugia

A tough clash is expected here but Monza are the likely favorites to come out on top.

FAQs ahead of Monza vs Perugia 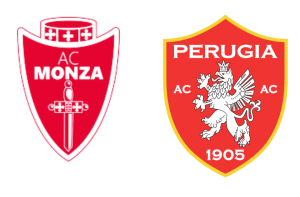 Where is Monza and Perugia on the standings?

Monza are currently strong on the sixth spot of the table with 31 points. Perugia are currently three spots away from Monza, with 27 points to their belt.

We recommend using SBK for Monza vs Perugia