For their next international meeting, the Indian football team travels to neighbouring Nepal. The Blue Tigers will be looking to flex their muscles against the Gorkhalis to overcome their 1-1 disappointment against the Afghanis last time around.

Without competitive football to look forward to, India will be using the international break to get the national team players some much-needed playing time together. The Blue Tigers have suffered from cohesion in recent outings as evidenced by their 1-1 draw with Afghanistan. That might not be the case on Thursday night as they travel to Nepal. The Gorkhalis have lost their last two matches and are winless against their neighbours.

We expect India to claim a comprehensive victory given Nepal's recent form. They have lost three of their last four matches and have only scored four goals in this period. India's tally in the same period is worse at three goals. Meetings between these two neighbours have been low scoring affairs, with five of their last six encounters finishing with an Under 2.5 goals scoreline.

Nepal and India are struggling for goals while remaining susceptible at the back. Australia hammered Nepal in June, while Afghanistan returned with a draw against India. With both sides failing to get on the scoreboard in five of their last six H2H matches, it looks unlikely that the trend will be broken in his meeting. Expect the scorers to not have much action in this meeting.

The Gorkhalis international outings have been a disaster. They have lost three of their last four matches, including heavy losses to Australia, Jordan and Iraq. Abdullah Al Mutairi needs to arrest their decline with eyes on the long term as this cycle with a failed world cup qualification bid coming to an end. While they have a losing record against India, they have not suffered that ignominy at home and should be looking to jolt Igor Stimac's men.

The Blue Tigers showed improvements in World Cup qualifications but came up short to Qatar and Oman. Igor Stimac will be well versed with the shortcomings of his squad and the improvements they need to make to leap ahead. They have struggled to get past the line against teams they should make little work of and it remains to be seen the improvements they have made. India has claimed wins in their last two outings against the Gorhalis and will want another positive result on the road.

Top Betting Odds and Stats for Nepal vs India

FAQs regarding Nepal vs India Coverage and Accessibility 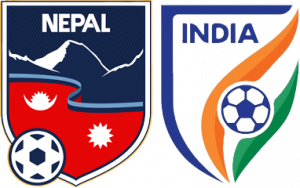 Where is the player to watch?