In this betting preview, we look at the A-League fixture between Newcastle Jets and Central Coast Mariners at the McDonald Jones Stadium on May 15. The Jets are struggling at the bottom of the points table, while the Mariners have laid claim to being the best side in Australia not named Melbourne City.

Newcastle Jets faithful cannot wait for the 2021 A-League season to conclude. They have struggled in the competition this year and are winless in twelve fixtures. The Central Coast Mariners would be looking to stretch that record to thirteen as they look to consolidate the second-place on the points table. However, their away form has been on concern and enter the fixture on a five-match winless streak. With Newcastle having nothing to play for, Alen Stajcic's men should be able to secure a rare away win.

Contrary to their profligate tendency and a porous defence, the Jets have only seen three or more goals in 11 of their 21 outings. The Mariners have also built their reputation around securing points in low-scoring fixtures. It is more evident in their away trips, where seven of their ten matches have seen the Under 2.5 come to fruition. With both sides lacking attacking threat going forward, it looks likely that the trend will continue in this fixture.

In their last ten home fixtures, the Jets have only failed to hit the back of the net twice, whilst keeping a solitary clean sheet in the process. The Mariners have not been able to get the wins they desired but have managed to trouble the scorers in six of their away trips, with three clean sheets to boast off. The onus will be on the visitors to keep a clean sheet in their pursuit of keeping hold of their second-place.

The Jets finished last campaign in eighth place, just outside the play-off qualification slots. However, they have deteriorated further in the 2021 A-League campaign, with just three wins this far into the campaign. While their defensive record of 33 goals conceded is at par with sides in the top half of the table, their attacking output of just 18 goals has let them down. Veteran forward Roy O'Donovan has scored six goals in the Newcastle Jets cause but has not been complemented by his teammates.

Despite a run of six matches without a win, the Central Coast Mariners occupy the second Play-Off Semi-Final slot. After an impressive start to the campaign, Alen Stajcic's men have crawled to second place but can still slide down if they fail to secure a positive result at the McDonald Jones Stadium. Stajcic will have his faith in Matt Simon to deliver the goals and make it to a double-figure tally while 19-year-old Alou Kuol's barren run of five matches continues. 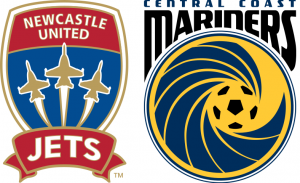 The match will take place at McDonald Jones Stadium.

BT Sport ESPN is the place to watch the live broadcast on television. One can also watch the game from the numerous live streams available from bookmakers.