No matter if we are talking transfer fees, player wages, cost of building a new stadium, the world of modern football is dominated and to a large extent dictated by finances. After all, football is the number one sport worldwide, so It's only logical that it brings in a tremendous amount of revenue to back the huge amounts that get invested annually. In this article, we've compiled a list of the richest football household names in the world, based on the total club value, as well as yearly revenue. 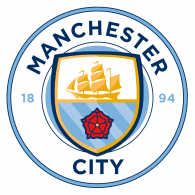 Although Pep Guardiola’s squad is ranked the 2nd most valuable side in the world behind Liverpool in terms of total player price, it takes the fifth spot in this ranking. With a total value of €2.69 Billion City is €108 Million ahead of the sixth richest club that remains out of the top 5 – Chelsea. Guardiola's players amount to almost half of what the whole club is worth with a total squad value of €1.06 Billion. With footballers like Kevin De Bruyne, Raheem Sterling, Sergio Aguero, Bernardo Silva, Ederson, and many more, this is the second most pricey football club, with only Liverpool above it. The team managed by Pep Guardiola has amassed €678 Million in revenue, mainly from the Premier League and Champions League broadcasts. Perhaps the only thing keeping the Citizens from reaching any higher is the smaller fanbase that they have compared to the other sides on this list. 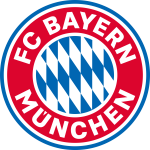 The German colossus takes 4th place in the richest clubs list. Bayern’s estimated total value is summed up at a little over €3 Billion, being precisely €3.02 Billion. Surprisingly the team that Hansi Flick manages has recorded a 1% negative shrink of its value. This comes as a surprise considering that Flick and his players are the current winners of the Champions League, an accomplishment that completes their treble of major trophies for the 2019/2020 season – alongside the CL Bayern won the Bundesliga and the DFB Pokal. The revenue acquired by the German squad equals €750 Million, which surely helps pay some bills in the club. Bayern holds tight onto its 4th place, since the last available data dating back to 2018. Furthermore, the Munich team is undeniably the biggest, greatest, and most expensive German football team. The second biggest club coming out of Deutschland is Borussia Dortmund which is way lower in the list, ranking on the 13th spot. 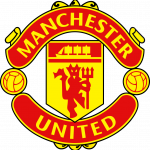 Another Manchester side is up next on the list – Manchester United. The Red Devils are one of the teams that have most often been on top of this chart, including in its previous edition. However, since then the club currently managed by Ole Gunnar Solskjaer has forfeited its first place to two sides whose names' you will find out a little later. With a total club value estimated at €3,98 Billion, United comes close to becoming the third team to break the €4 Billion mark. Despite this, a fifth of the Red Devils' fortune is actually debt money, meaning that the club's position may not seem as glamorous as it does at first sight. The good news is that with the tremendous yearly revenue that Manchester United accumulates it can easily pay out most of this debt in a single year. This means that unless the club seeks new loans, by the time the next ranking of the richest teams comes around, the Red Devils will be debt-free. Historically, United is one of the sides that has topped this chart on numerous occasions, thanks to its enormous fanbase. The majority of its reign as the wealthiest football club has come during the era of Sir Alex Ferguson. We all know that the club has struggled since the retirement of the legendary coach, so the accomplishment to remain in the top 3 is even more impressive. 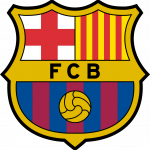 The La Liga side is one of the most feared sides worldwide. Despite facing some difficulties in the last couple of years, the greatness can’t be wiped out of the name. Barca is and will remain a household name in the world of football. The Spanish club ranks second, keeping its 2nd spot from the previous edition of the ranking.  This is also the first team on our list that joins the €4 Billion club with a total club value estimated at €4.20 Billion. Falling short of the club that sits in first place with just €26 Million is the Catalans. Even though they couldn't top the table in this edition as well, Barcelona actually has the biggest revenue out of any other football club in the world. The club's annual income equals €815 Million, and with 8% of the club's value being a debt, Barcelona's financial position isn't too bad at all. However, with the inevitable retirement of their superstar Lionel Messi, the board must be looking to find ways to keep up this level of finances stable. 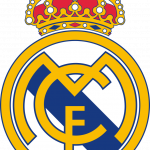 Not really coming as a surprise there it is – the mighty Real Madrid is the club sitting on top of the list of the richest football clubs. The all-time record holder for most Champions League wins has managed an impressive climb from the third spot in the previous edition of this ranking. Real Madrid has surpassed not one, but two other clubs, to crowned the wealthiest. Los Blancos is only the second side that has made it into the €4 Billion club, with a total estimated value of €4.23 Billion. Out of those 4 thousand 23 hundred Million, the squad's value makes up roughly 1/5th of it with a value of €782 Million. Despite being the richest side, Real Madrid actually comes second in terms of annual income. Their eternal opponents – Barcelona have a €20 Million higher revenue. However, the Whites’ debt equals just 4%, which is two times less than Barca’s. Zinedine Zidane’s side comes first even though it hasn’t triumphed in its favorite competition – the Champions League for over 2 years now.