Well it has been talked about for years, but finally it looks like at long last that Stoke City are to expand the capacity of their stadium to just over 30,000. This will be achieved by filling in the South East corner of the stadium with 1,800 seats. Hopefully this will also mitigate some of the cold biting winds that seem to be present every time I go there!

An artists impression of how the expanded stadium will look
(Courtesy of the official Stoke City website). 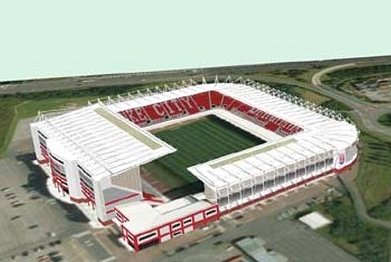 In a separate development the Club announced this week that after 19 years of being known as the Britannia Stadium, following sponsorship from the Britannia Building Society, the stadium name will change this Summer to the Bet365 Stadium. This is not a total surprise when you consider that the Club owners also own Bet365, whose headquarters are in Stoke.